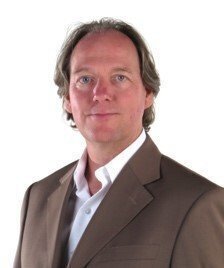 Board Member and Treasurer

Roger Berk has more than 15 years of experience in the oil, refined fuel, and commodity trading industry. As co-founder, he is the Chief Executive Officer and a Senior Trader at TCT, The Commodity Traders B.V., a private commodity trading company based in Rotterdam, The Netherlands. Roger graduated in 1986 from De Haagse Hogeschool/The Hague University of Applied Sciences The Hague, South Holland.

In 2018, Roger became a Board Member of Steencore BV in Rotterdam. Steencore is a metal trader like copper, tin and cobalt and other metals. Roger advises the board on their fundamental strategic decisions. He advises them also in banking and funding.

In 2009, he started trading at The Commodity Traders due to his connection with governments across the globe. The focus has been mainly on oil-related products for countries in the Middle East and the Far East. From 2009 to 2012 Roger traded oil with a fund of 1,8 Billion USD for several Middle Eastern companies in Rotterdam like gas, oil, crude and gasoline. Roger remains the CEO and board member of TCT (The Commodity Traders).

1990-present Roger is the President and founder of ScreenCheck International and is still a member of the board. ScreenCheck is known for ID card Solutions for more than 30 years. In 2009 ScreenCheck acquired Polaroid in the US. He also lived in the US from 2006 to 2011 in Dallas Texas.